I have a gut feeling: Marijuana Coffeeshop and Gut Microbiome

The Best Cannabis Sativas in Amsterdam 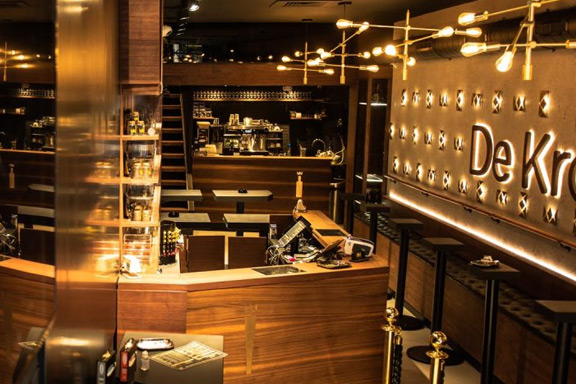 In 2020, Italian researchers discovered two new cannabinoids called THCP (tetrahydrocannabinol) and CBDP (cannabidiphorol). These two kinds sound like regular CBD and THC, right? Yeah, because both cannabinoids are similar in function and structure to the OG’s.

Right now, around 150 phytocannabinoids have been found in cannabis. Yet, just a few of them have been studied since marijuana is still illegal in most countries and partly because most are CBD and THC dominant strains, which makes isolation and studying other cannabinoids difficult.

But things are starting to change! Thanks to spectrometry, science used to study unknown compounds in marijuana, and advancements in analytical methods studying new marijuana cannabinoids are getting easier.

But what does this actually mean for us?

So, first of all, thanks to THCP, THC’s binding ability is improved. In the molecule of THCP, a vital side chain in the molecule’s structure is longer and has 7 links now, unlike THC, which has only 5. And only 3 links are needed to bind to the receptor, while 8 are the peak.

This is crucial for the effects of THC on the receptors of our bodies, specifically on the CB1 receptors, that are the main culprit for that pleasant high you’re getting. In other words, THCP can have more potent effects on our bodies.

To get a bit sciencier, this elongated side chain is more likely to bind to the CB1 receptor, making cannabis even more potent.

Similarly, CBDP has a longer side chain that has 7 links. However, researchers said that studying CBDP is not a priority, since it has been proven that CBD doesn’t bind with CB1 and CB2 receptors. In other words, if CBD doesn’t bind well with our receptors, CBDP won’t either.

Although further research might prove that CBDP has hidden properties that can do wonders for our bodies.

This research points to higher potency in weed, but it could also point to why marijuana creates so many different experiences for its users. This was pointed out by researchers who emphasized how variable subject response is to marijuana-based therapies, even if all subjects consume the same dosage of THC.
Although we have thought that the psychotropic effects of weed are accounted for by THC, there are chances that THCP or other undiscovered cannabinoids are the culprits. It is left to science to see how marijuana research will develop. At the end of the day, you can still enjoy weed in the best coffeeshops in Amsterdam with a bit more knowledge.