The Story of G13 Haze

The Best Cannabis Sativas in Amsterdam 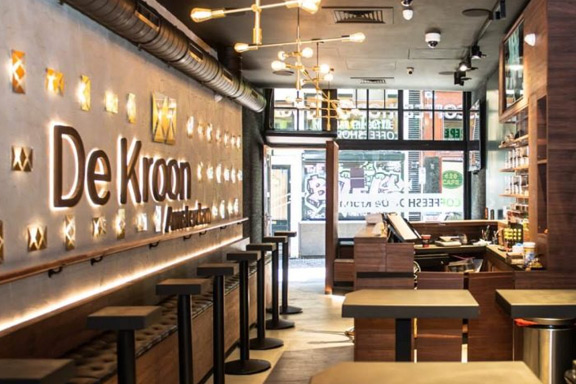 G13 Haze sounds like a weird name, doesn’t it? Well, that’s probably because this strain is a combination of g13 Indica and Haze in any marijuana coffeeshop in Amsterdam.

Although never confirmed, word on the street is that the parent G13 was genetically created by top-secret government officials from the CIA in America. It is said that this strain was created as a combination of several other potent strains during the 1970s and one of the agents let it loose for mass production. Dope, right?

The story goes that an unknown assistant at the University of Mississippi liberated the plant during a government research project. Allegedly, G13 was a part of a project researching Indica and Sativa weed strains and Neville Schoenmakers, a founder of the first Seed Bank in the Netherlands got his hands on G13. Although there is no proof, G13 was given to a man who was friends with the researcher from Mississippi.

G13 was a part of a batch of Afghani Indica with labels ranging from 1 to 23 and the letter G. Yet again, no one knows what the G stands for, but people think it stands for government. Why was this strain so important? Well, not only because it was highly superior to other strains, but because it could flower both indoors and fast, it had massive resin production, great potency, and extremely hybrid vigor.

It is believed that it was created initially for medicinal purposes. But unlike its parent, G13 Haze is a bit milder since it was crossed with the Sativa-based Haze to neutralize the sedative effects G13 had on the people consuming it. G13 Haze was also created to reduce the potency of G13 without losing its quality effects.

With a high, uplifting sensation that will alert your mind and a heavy body high that will make you feel like you’re walking on clouds, G13 Haze is the perfect choice for reducing stress, pain, and anxiety. And unlike its notorious parent, G13, G13 Haze will not tie you down to the couch.

Due to its extremely high range of THC, between 18 and 23%, it is not recommended for beginners.

Now you’re probably wondering what a hybrid of government genetically modified strain and a heavy Sativa strain like Haze taste like?

Wrapping itself around sandalwood and fruity notes, G13 Haze creates a happy, relaxed and euphoric feeling. It also has an earthy and pine aroma, but its smell isn’t especially pungent or even noticeable.

So, no matter if the rumors of its parent are true, G13 Haze is an excellent strain that is to be enjoyed with caution. It can be found easily on menus in local coffeeshops in Amsterdam.